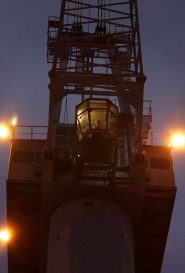 October 1987. Amber Films, a collective based in Newcastle, become the only British film crew to make a documentary inside the German Democratic Republic. In November 1989, a year after the film’s release, the fall of the Wall signals the end of the GDR. 25 years later the British come back…..

Warnemünde, September 2014. In their search for the characters from their 1987 portrait of the small port, the British crew find the place transformed. Then they filmed two groups of workers, a fishing cooperative and a brigade of women crane-drivers in  a shipyard. Today there is no more fishing industry, and little of the shipbuilding.

But the crew locate 8 of the 1987 characters. When the Wende came, most couldn’t believe it. One left the GDR with her husband for a honeymoon and returned, shocked, to a new country. Their subsequent fate personifies the GDR’s wider destiny. Winners, losers, passions fulfilled and frustrated. As they watch themselves from 1987, they plead self-censorship hoping at the time to better themselves. And then there was the Treuhand, leading the western takeover. Today the jobs of 1987 are all but gone. Some will never get over it, but others feel liberated. 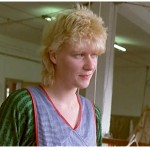 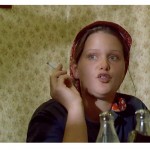 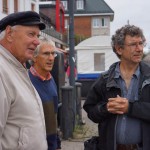 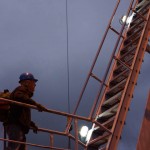 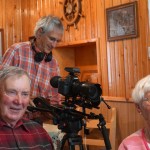